This report provides PBO’s assessment of the sustainability of government finances over the long term for the federal government, subnational governments and public pension plans. 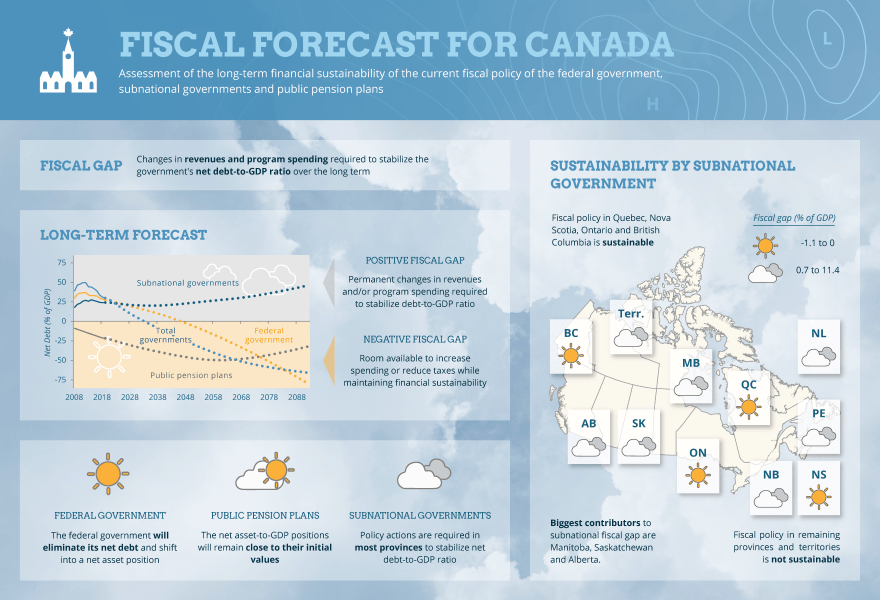 To assess whether a government’s fiscal policy is sustainable requires projecting current policy beyond a budget’s medium-term planning horizon. Fiscal sustainability means that government debt does not grow continuously as a share of the economy.

Across all provinces and territories, the ageing of the population will move an increasing share of Canadians out of their prime working-age years and into their retirement years, resulting in slower growth in the Canadian economy.

The objective of this report is to identify if changes to current fiscal policy are required to avoid unsustainable government debt accumulation and to estimate the magnitude of these changes.

Federal finances sustainable over the long term—but most provinces and territories are not, says PBO ↗